Get Your (Disney) Game On!

When I was a kid, my older brother and I were the King and Queen of board games. You name the game, we owned it, we played it and we conquered it (I should say I conquered – I always won… and my winning streak still continues today. Sorry, Steven!). Which is why I’m thrilled to tell you about our latest board game – Disney Theme Park Edition Memory Challenge. 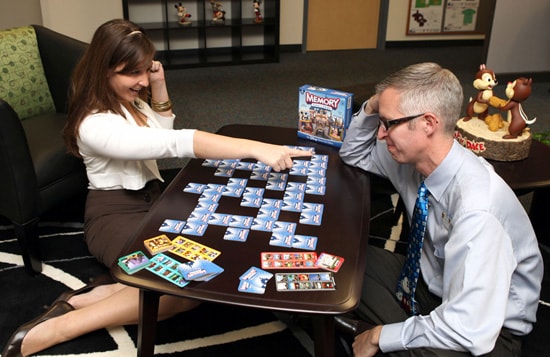 In this game, Quynh Kimball, graphic artist for Disney Design Group, and the designer of Disney Theme Park Exclusive games, has put a new spin on one of the world’s more popular and classic matching challenges with the addition of Category Cards. At the start of each Disney Theme Park Edition Memory Challenge game, players can choose one of five Category cards that are used throughout the game. Category cards take you through some of the most beloved Disney destinations from Disneyland Resort, Walt Disney World Resort, popular Disney Destinations, classic Disney Characters and even Disney Vintage, which pays homage to retired Disney attractions. 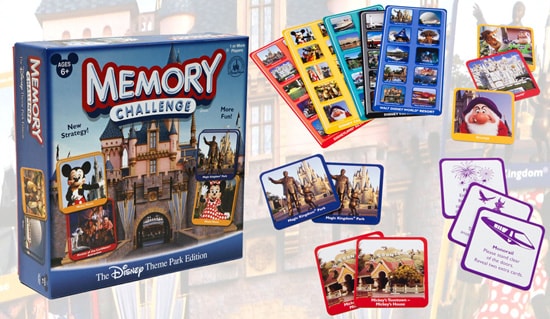 The game also features new Directive Cards, which give extra instructions (both good and bad) that add a new layer of competition into the game.

In my opinion, the most unique part of the game is that you have the opportunity to become part of the Disney Magic. “We were inspired by ‘Let the Memories Begin‘ and wanted to give players a chance to add their own personal touch on Disney Theme Park Memory Challenge,” explained Quynh. “We created exclusive game cards that can be customized with your personal pictures so that you and your family can literally become part of the game.”

To celebrate the release of the Disney Theme Park Memory Challenge, we are hosting a special meet & greet and game signing with Quynh on Nov. 11. Quynh will be appearing from 3 p.m.–6 p.m. at Once Upon a Toy in Downtown Disney Marketplace. Quynh will also sign other games he’s created, such as Disney Theme Park Edition Monopoly, Haunted Mansion Life, and Tower of Terror Clue.

He’ll also appear at Disneyland Nov. 17 from 10 a.m.–1 p.m. at Emporium in Disneyland park and from 4 p.m.–7 p.m. at World of Disney in Downtown Disney District!