All in the Details: Themed Chandeliers Contribute to the Story of New Fantasyland at Magic Kingdom Park

This week, Walt Disney Imagineering provided us with some great detail shots of light fixtures that were recently installed in various attractions in New Fantasyland at Magic Kingdom Park. 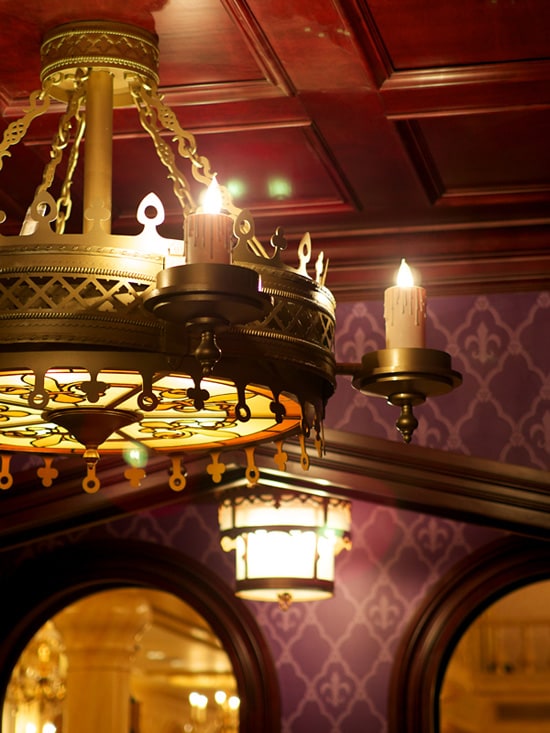 Lighting is one of the many elements that immerse guests into the story. The look and feel of light fixtures adds to the attraction’s theme, while the color and amount of light produced sets the tone for the location. For example, would The Haunted Mansion be as chillingly delightful without flickering candelabras covered in cobwebs? Or would Walt Disney’s Enchanted Tiki Room have the same tropical flair without its flaming tiki torches positioned out front?

Can you guess which New Fantasyland attractions will boast some of these beautiful details? Your choices are Be Our Guest Restaurant, Enchanted Tales With Belle, and Under the Sea ~ Journey of The Little Mermaid (answers can be used more than once). Share your guesses in the comments section below and I’ll update this post later in the day with the correct answers!

Many of you have been asking for an update on the Be Our Guest Restaurant, and I’m happy to announce that we’ll have an update on this topic tomorrow on the Disney Parks Blog. Our Food Author Pam Brandon will share details with you on the delicious menu items you can expect, updates on reservations, and more! Don’t miss it.

Check out more posts in the “All in the Details” series from Walt Disney Imagineering:

Likes (0)
Share All in the Details: Themed Chandeliers Contribute to the Story of New Fantasyland at Magic Kingdom Park