The Disney chefs’ amazing gingerbread creations are one of the winter holiday highlights, and there are three cool new creations throughout Disney California Adventure park that took lots of patience and culinary skill. 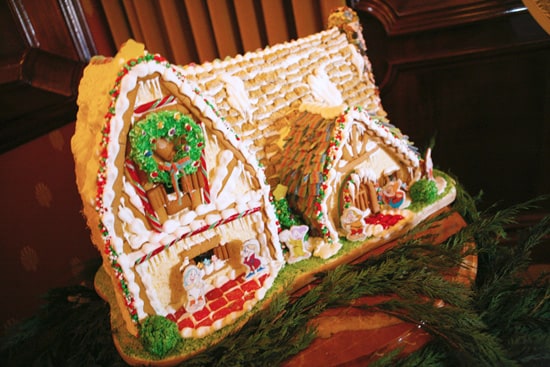 The intricate gingerbread cottage, created by Pastry Chef Jorge Sotelo and his team at Disney’s Grand Californian Hotel & Spa, is just 24” X 24” X 24”, and is on display this week through January 6, 2013, in the lower lobby by the Disney Family Museum Snow White Cell Collection.

The thatched roof is cleverly crafted with shredded phyllo and shredded wheat cereal. Gingerbread walls and shutters are secured with royal icing, and chocolate in the shapes of rocks is used for the rustic chimney. Grass is made of shredded coconut, with delicate sugar flowers. 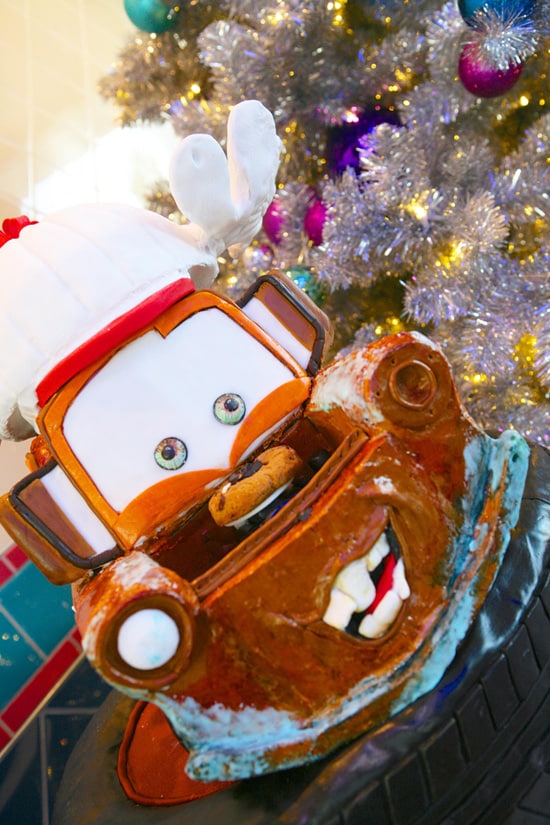 Over in Cars Land, tip-“towing” his way into Flo’s V-8 Café is Mater, made en-“tire”-ly of gingerbread, proudly parked in the restaurant lobby atop a specially seasoned white wall tire. This piece was created by Executive Pastry Chef Jean Marc Viallet and his team of chefs at the Disneyland Resort Central Bakery (the same team that creates the gingerbread house in Haunted Mansion Holiday at Disneyland park).

And commemorating Buena Vista Street’s first-ever winter holidays is a specially designed gingerbread house reminiscent of Walt Disney’s first home when he arrived in Hollywood in 1923. Another creation of the Disneyland Resort Central Bakery Team, look for it out at Fiddler, Fifer and Practical Café.