Longtime Imagineer and recently-named Disney Legend Tony Baxter will officially receive a window on Main Street, U.S.A., at Disneyland park, joining the company of other Disneyland legends who have had a profound impact on the park. 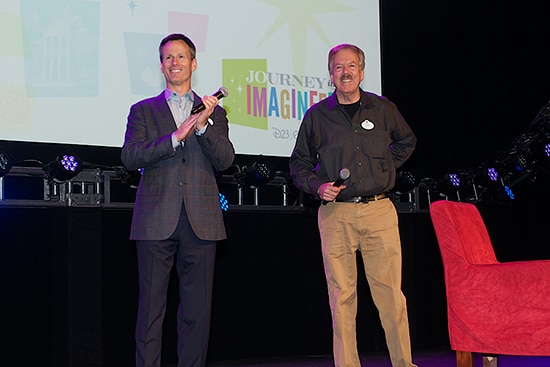 At the D23 Expo today, Tony hosted a session called “Undiscovered Disneyland,” where he showed rarely seen footage of the park’s early years. At the conclusion of his presentation, he received a surprise visitor — Walt Disney Parks and Resorts Chairman Tom Staggs. To the cheers of the delighted audience, Tom made the announcement that Tony will receive an honorary window on Main Street, U.S.A., in recognition of his more than 40 years of contributions to the Disney Parks legacy.

“This is an honor reserved for the people who have made an indelible mark on Walt Disney Parks and Resorts, and Disneyland Resort in particular,” said Tom. “And so we want you to have an indelible tribute on Main Street where it all began.”