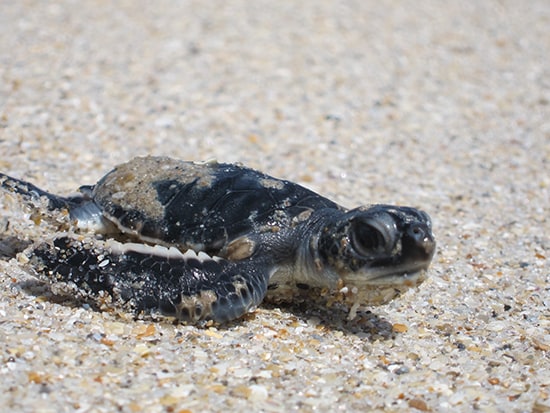 The 2013 sea turtle nesting season is over, and the results are in. This year, we had a record number of sea turtle nests on the beach near Disney’s Vero Beach Resort!

Speaking of conservation, we also now have the results from the 2013 Tour de Turtles, a wonderful sea turtle conservation and research program. Two Disney-sponsored turtles, Carrie and Claire, both loggerheads, took part in the race.

Carrie came in fourth place, but she came in first place in the “Causes Challenge” — she was swimming to raise awareness about the threat of light pollution on the beach. Since sea turtle hatchlings rely on moonlight to find their way to the ocean, many become disoriented and drawn off-course by artificial light sources. In another first, Carrie came ashore twice in the same year to nest near Disney’s Vero Beach Resort. Her two nests resulted in 161 hatchlings each, for a total of 322 hatchlings!

Claire was not far behind, placing sixth in the Tour de Turtles and receiving an honorable mention in the “Causes Challenge” for raising awareness about the dangers of sea turtles ingesting or becoming entangled in plastic debris. Claire’s nest had 99 hatchlings. 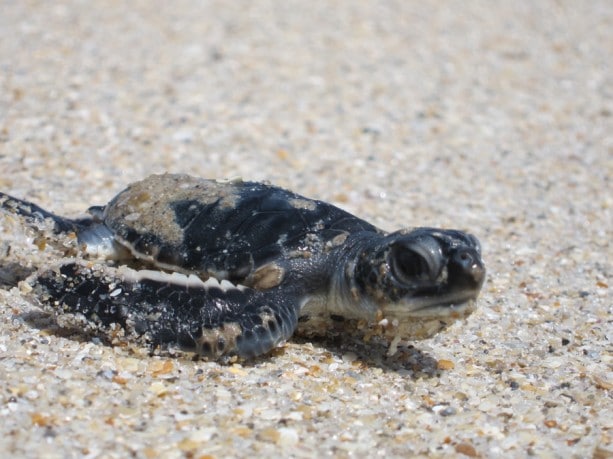 What an exciting year! And here’s to a successful 2014 sea turtle nesting season — we’ll be sure to tell you how it goes!

Remember, all of us can help sea turtles by taking action to reduce, reuse and recycle; by making sure that we dispose of trash properly; by turning off unnecessary lights that may be visible on nesting beaches; and by observing turtles and other wildlife from a safe distance, taking care not to disturb them or their habitats. To find out more about Disney’s conservation efforts, visit www.disney.com/conservation.