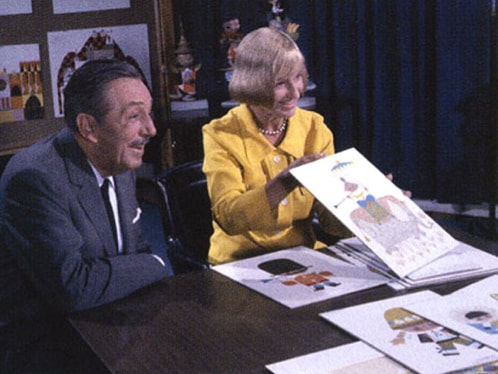 To some of us, it seems like only yesterday that Walt Disney first opened one of his best-loved ride-through attractions on April 22, 1964. There are others who have never lived in a world without “it’s a small world.” Either way, our lives are all the richer for it. But like many creative miracles, it almost never came to be.

WED Enterprises, as Walt Disney Imagineering was then known (the letters stood for “Walter Elias Disney”), was feverishly working toward a one-year deadline for three World’s Fair attractions: Progressland, Great Moments with Mr. Lincoln and Magic Skyway. When the Pepsi Cola Company asked for a fourth pavilion — encouraged by Hollywood star and Pepsi board member Joan Crawford — Walt agreed, once again, that he and his artists would do the impossible and take on this tremendous challenge.

“Walt enlisted Imagineers Marc Davis for figure design and animation, Alice Davis for the intricate international costuming and Claude Coats for the attraction’s overall layout,” wrote Disney Historian Stacia Martin for the book and compact disc album, “Walt Disney and the 1964 World’s Fair.” All are bonafide Disney Legends in their own right, but many fans agree that it is Mary Blair whose visual style is so dynamically showcased in “it’s a small world.”

If you watch the Los Posadas sequence of Walt Disney’s “The Three Caballeros,” you’ll see what some call the “Mary kids.” Take a look at “Cinderella,” “Alice in Wonderland” and “Peter Pan,” as well as the “Johnny Appleseed” portion of “Melody Time,” and delight in her unmistakable use of color, whimsy and humor. Cherished Little Golden Books with Mary Blair’s illustrations are still in print. Her magical handiwork also towers (literally) in the famous mosaic at Disney’s Contemporary Resort. It’s an endlessly fresh look that has inspired generations of admiring artists.

Next time you enjoy this attraction, take note of a couple of cool things. In the finale, the young lady doll wearing glasses is a nod to Mary Blair herself. The entire finale scene is done in white because, according to John Canemaker in “The Art and Flair of Mary Blair,” she considered it the most “festive” of colors.

The artists whose musical style most infuses “it’s a small world” are Disney Legends Richard M. Sherman and Robert B. Sherman, most recently portrayed in the acclaimed film “Saving Mr. Banks.” Before they were involved, the attraction was called “Children of the World,” featuring a series of national songs sung by children. The problem was that the sounds overlapped each other in a confused cacophony. 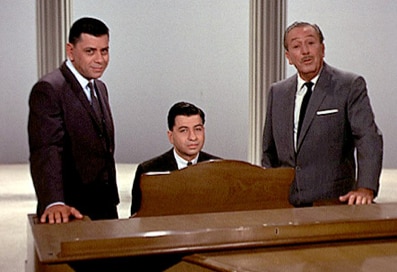 Stacia Martin continues: “Richard Sherman remembers that the answer ‘came all of a sudden when we said … all these people grow up to be people and start having big differences and defiances and wars … but in the small world of children, everybody loves each other.’” Pretty heavy stuff, but when you focus on the lyrics, which mention tears, fears and division between the people of the world, this seemingly simple song has profound meaning indeed. The attraction’s name became the name of the song, “it’s a small world.”

Another fun fact: if you didn’t know that the yodeler’s voice was done by singer/actress Roberta Shore (“Mickey Mouse Club,” “The Shaggy Dog“) well, neither did she at first. She told me that, years ago, several Imagineers had hired her to yodel (one of her specialties) for a project they were working on. Then she moved on and forgot about it. Some time later, when she bought the “it’s a small world” record album for her kids, she recognized herself. “I was the yodeler!” she recalled. “I thought, so that’s why they asked me to yodel!” Roberta couldn’t be more pleased and proud to be part of such a classic Disney experience, one that has brightened the lives of countless millions. 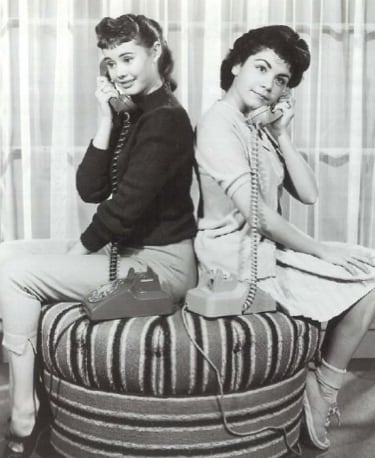 “Currently, the sun never sets on the performance of this song playing in “it’s a small world” rides in California, Florida, Paris and Tokyo,” wrote Robert B. Sherman in his book, “Moose: Chapters from My Life.” “In fact, it’s the most translated, most performed song in the world.”

Robert’s book reveals a third verse, written at the request of Disney Legend and Imagineer Tony Baxter for the attraction’s 45th anniversary: “It’s a world of wonder / A world of worth / And in years to come / We’ll know peace on earth / We will open our eyes / And we’ll all realize / It’s a small world after all.”