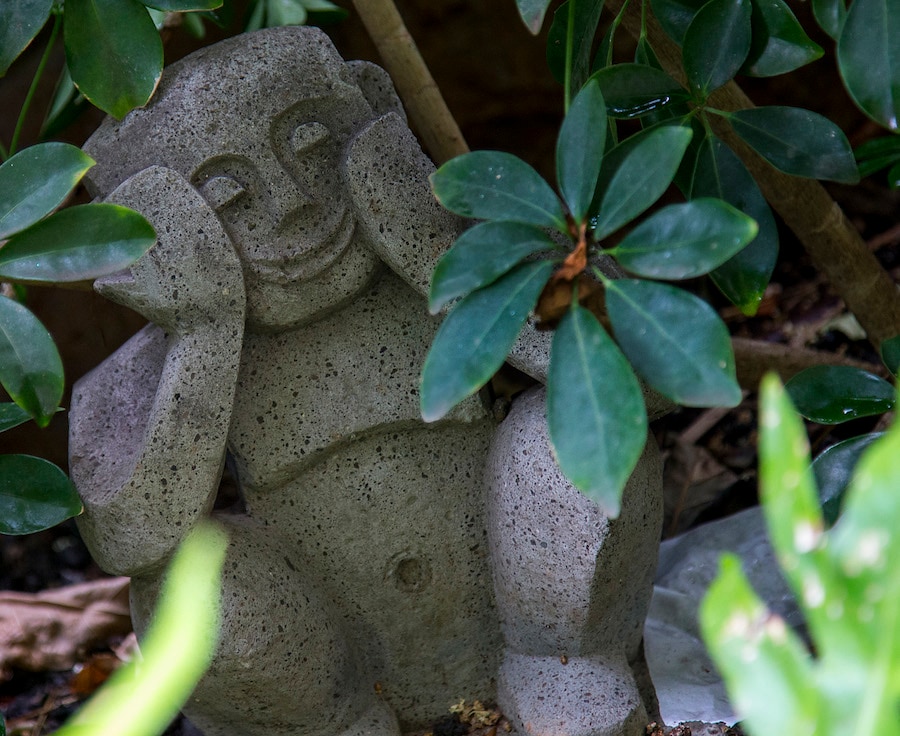 The legendary Menehune are mischievous little people with magical powers ​who live in the forest and only come out at night. Menehune statues are hidden throughout Aulani, a Disney Resort & Spa. Look for them along the Waikolohe stream, along walking paths, in phone booths, elevators … pretty much anywhere! In fact, so many are hidden in the Waikolohe Valley that Aunty has enlisted Aulani guests to help find them on the Menehune Adventure Trail. Using interactive handsets, your ‘ohana can set out on ​30 challenges that immerse you in the mysteries, legends and lore of Hawai‘i. The Menehune supply plenty of enchantment along the way! The “Unforgettable Details of Aulani” series continues today with ​an inside look at some of the secrets you will discover on the Menehune Adventure Trail. Now is the best time to explore the Menehune Adventure Trail and more on a vacation to Aulani, a Disney Resort & Spa! Book a consecutive four-night or more stay now through October 30, 2014, for travel between August 15 and December 22 (excluding November 26-29), and receive the fourth night free! Learn more about this great vacation offer here.