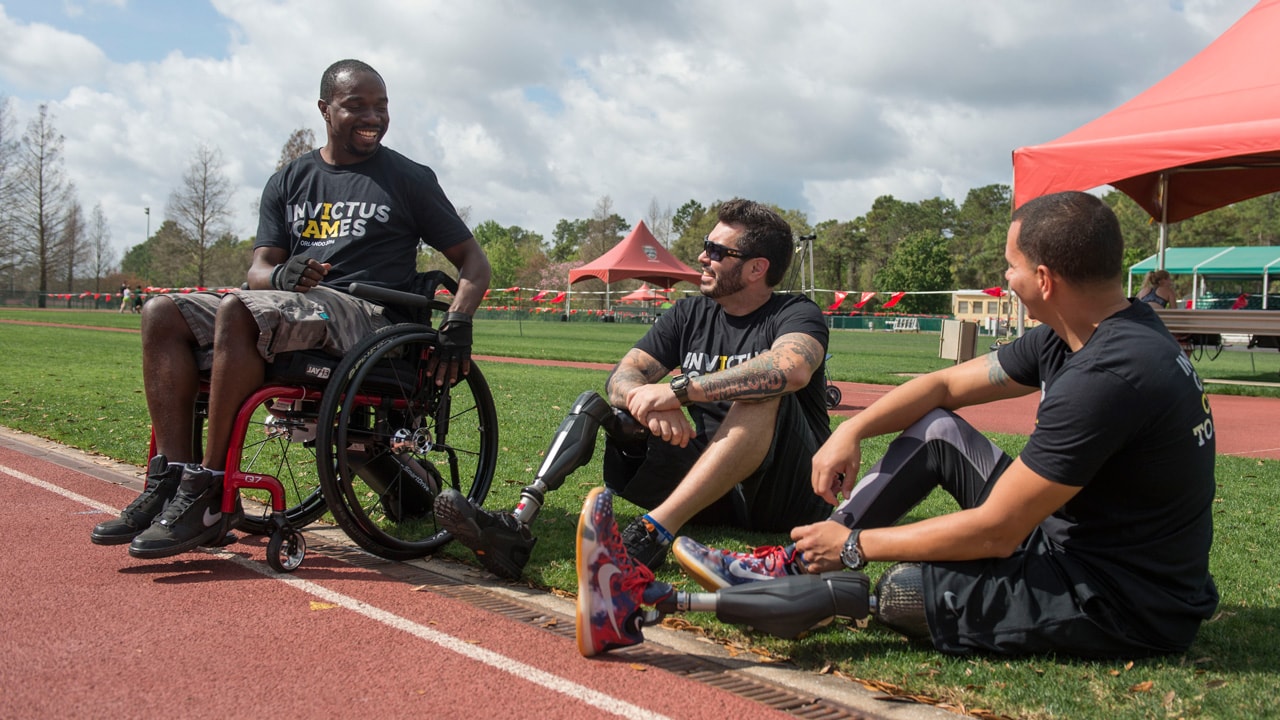 The Invictus Games just got a lot more real today when three competitors visited ESPN Wide World of Sports Complex at Walt Disney World Resort for the first time, touring parts of the massive complex where the Invictus Games 2016 Orlando will be held in May. 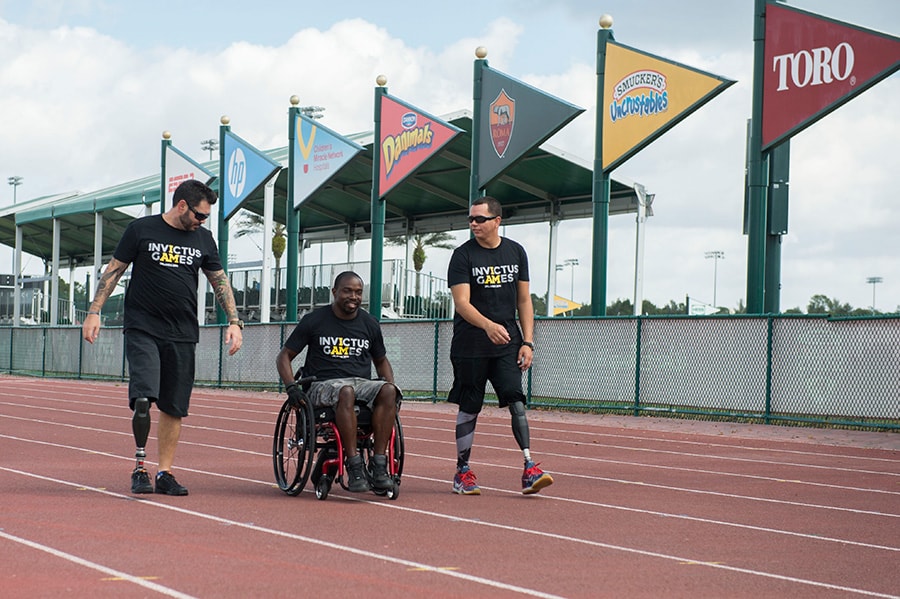 The group visited several venues at the sports complex where various competitions will take place, such as the New Balance Track and Field Complex and Champion Stadium, site of the Opening and Closing Ceremonies. To cap off he day, Sawyer and Rodriquez both threw out the ceremonial first pitches at the Atlanta Braves-St. Louis Cardinals spring training game that afternoon at Champion Stadium, then posed for photos on the field with Pluto and Rodriquez’s 9-year-old son, Eddier. 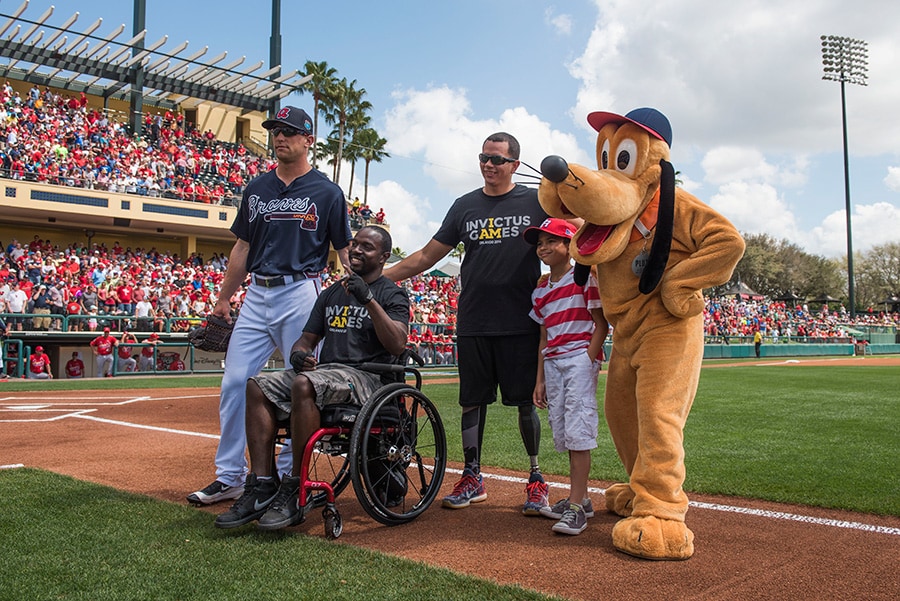 The Invictus Games, the brainchild of Prince Harry, is the only international adaptive sporting event for wounded, ill and injured active duty and veteran service members. The first Invictus Games took place in London in 2014. Prince Harry is expected to attend this year’s event at Walt Disney World Resort along with a host of celebrities and dignitaries such as First Lady Michelle Obama. The 2016 Games, the first to be held in the United States, will be televised on the ESPN family of networks and will feature nations competing in archery, cycling, indoor rowing, powerlifting, sitting volleyball, swimming, track and field, wheelchair basketball, wheelchair rugby and wheelchair tennis.

Tickets are on sale now at http://invictusgames2016.org/tickets/ or at all Ticketmaster outlets with single-session tickets starting at $18 for adults and $13 for children, seniors and military personnel.