This week, we launched our first-ever 12 Days of Disney Parks Christmas featuring daily updates on new offerings coming to Walt Disney Parks & Resorts in 2018 and beyond.

We kicked things off with an exciting update that Pixar Play Parade will bring even more of your favorite Pixar stories to life with the addition of three new story elements when it returns April 13 to the Disneyland Resort as part of the limited-time Pixar Fest celebration. Check Erin’s story for details.

We continued our announcements with new colorful details about enhancements debuting late this summer at Disney’s Caribbean Beach Resort at Walt Disney World along with updates that the Disney California Adventure Food & Wine Festival is expanding to six weeks in 2018 and Shanghai Disneyland is expanding on April 26 with the opening of Disney Toy Story Land. 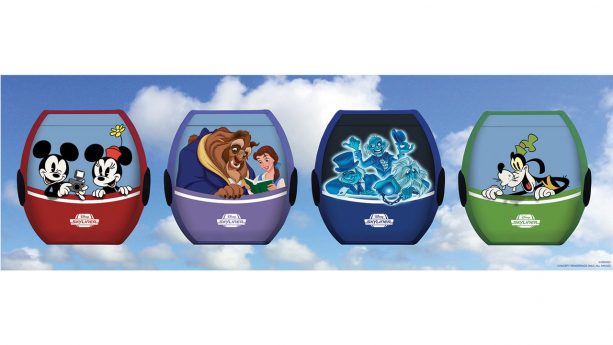 And we moved into the weekend with new images and details about the Disney Skyliner transportation system that’ll give you an unforgettable journey and a picturesque view of the Walt Disney World Resort. Visit Jenn’s story for more images and information.

Our next 12 Days of Disney Parks Christmas announcement is later today. Be sure to keep checking the Disney Parks Blog each day at 11 a.m. through December 16 for more exciting updates.