Counting Down the Days to the 55th Anniversary

In the weeks leading up to the 55th anniversary of Disneyland park – July 17, 1955 – we’ll be sharing a post every week to remember 55 years of magic, dreams and imagination. We’ll start with the most recent half a decade and work our way backwards. 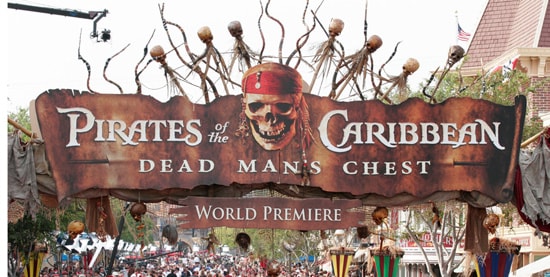 Each week, I’ll pick one particularly memorable event in those five years to highlight. For the years 2010 to 2006, I chose the premiere of “Pirates of the Caribbean: Dead Man’s Chest” at Disneyland park on June 29, 2006. The red carpet was amazing, and it was a really fun event to work. Pirates of the Carribbean is also one of my favorite attractions, so I was thrilled when the attraction celebrated 40 years of swashbuckling, pillaging and singing with a movie premiere at Disneyland park AND by adding new magic to the classic attraction. In case you’ve forgotten, Captain Jack Sparrow, Captain Barbosa and Davy Jones joined the attraction, and a revamped sound system and other special effects made Pirates of the Caribbean better than ever. 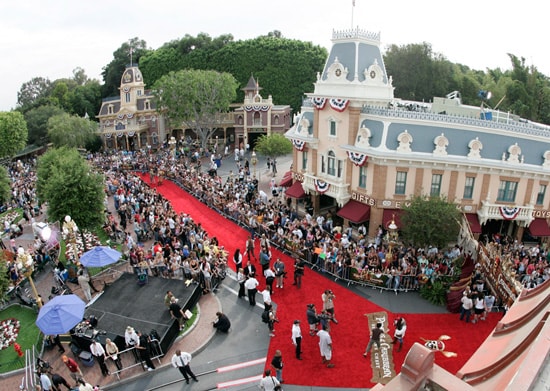 You may certainly disagree with my choice. It’s really difficult to choose just one event, so please feel free to share your opinions on your favorite event or favorite memory that took place in the years mentioned in each post.

A lot happened in the past five years. Here’s a snapshot to refresh your memory:

2010 – Captain EO returned almost two decades after it first debuted. Opening day was quite a scene as fans came out in complete EO garb to see the show.

2007 – Two major re-imagined adventures on the high seas came to Disneyland park: the return of the submarines and the debut of Pirate’s Lair on Tom Sawyer Island. The debut of Pirate’s Lair occurred in the same year as the premiere at Disneyland park of the third installment of the Pirates of the Caribbean franchise, “At World’s End.” Finding Nemo Submarine Voyage opened to rave reviews as the subs had been missing from Tomorrowland for nine years.

2006 – In addition to the changes to Pirates of the Caribbean, this year was also a year of firsts as Halloween Time at the Disneyland Resort debuted. Disney’s Princess Fantasy Faire and the Jedi Training Academy also debuted this year, allowing guests the opportunity to meet with Disney royalty or battle Darth Vader and Darth Maul.

It’s your turn. What do you think is the most memorable event between 2006 and 2010 at the Disneyland Resort?

Likes (0)
Share Counting Down the Days to the 55th Anniversary

Destinations: Counting Down the Days to the 55th Anniversary