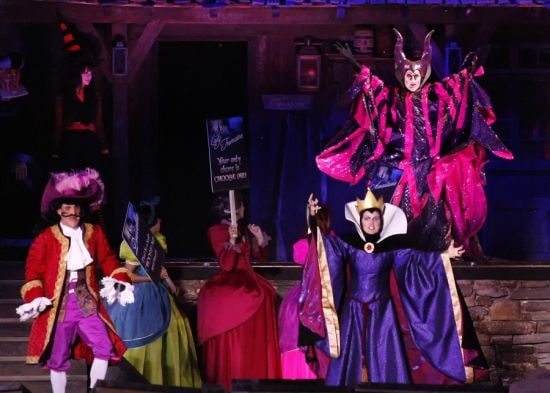 The votes have been tallied and, last night at the Villains Victory Party, Maleficent was named the victor in the race for the title of baddest Villain of them all. The announcement took place at 10 p.m. and the ceremony was rife with mischief and cheap tricks from all the Disney villains. While Maleficent may be the winner of this battle, all of the villains are evil in my book. Take a look at this video from the ceremony:

Thanks for all your votes the past several weeks. True followers of the campaign know that Maleficent started off with a healthy lead, and none of her opponents could ever catch up.

Winners began checking in at 3 p.m. and made a mad dash to the Park to take in all the Halloween fun before the Villains Victory Party started at 8 p.m.

As the day’s last guests were leaving the parks, and Disneyland park officially closed for the evening, a party started over in Adventureland. Eerie music filled the air. Disney characters began appearing in their Halloween costumes and more Disney villains than you can imagine started appearing.

From 8 p.m. to 10 p.m., winners enjoyed several attractions to themselves, including Pirates of the Caribbean, Haunted Mansion Holiday, Indiana Jones Adventure and Haunted Voyages aboard the Mark Twain. 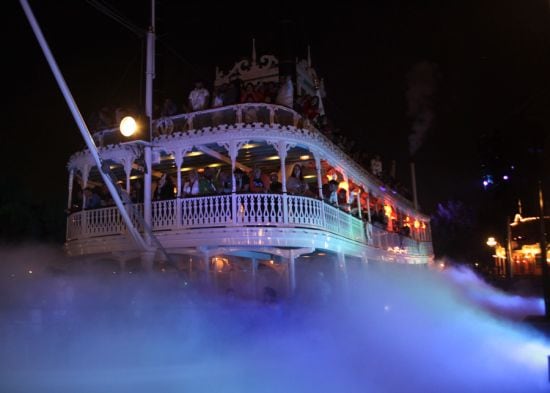 Michael and Xochitl Ayala of Huntington Park, shown below, came to have some Halloween fun without their children. “We like scary stuff at Halloween and the villains are scary and fun, too,” Michael said. “We didn’t tell the kids where we were going. They would have wanted to come, too.” 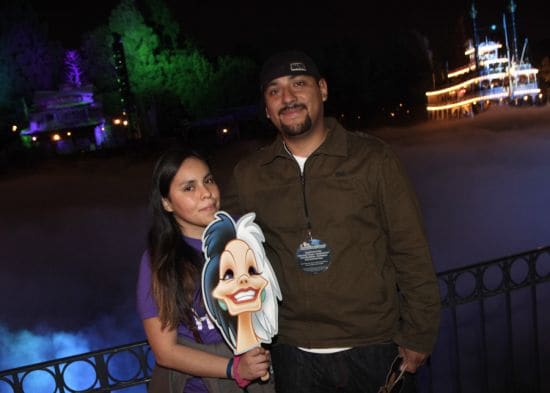 Sheryl and Stacy Garcia, mother and daughter from Wilmington, got to attend the party because Sheryl quickly answered all three questions about the villains on the Blog and entered the contest.

“This contest was really fun because it’s the villains,” said Stacy, a student at LA Harbor College. “They’re evil, but they’re misunderstood. Once you get to know their side of the story, you get to like them. Think about it – Hook lost his hand to the Croc.”

In the Vote for the Villains campaign, Stacy voted for Maleficent. 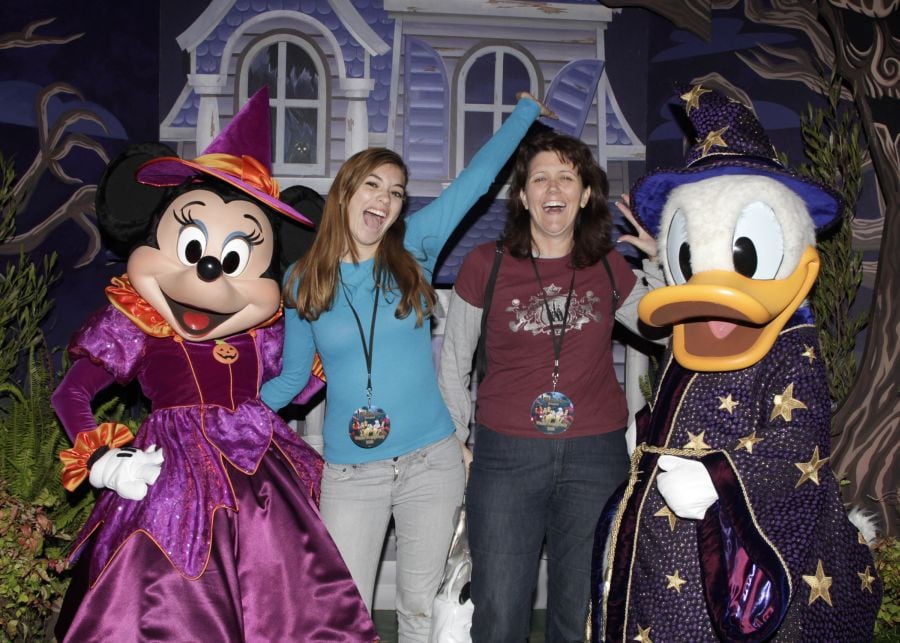 For those of you who voted for your favorite Disney villain, are you happy with the final outcome? Is Maleficent truly the baddest Disney villain of them all?