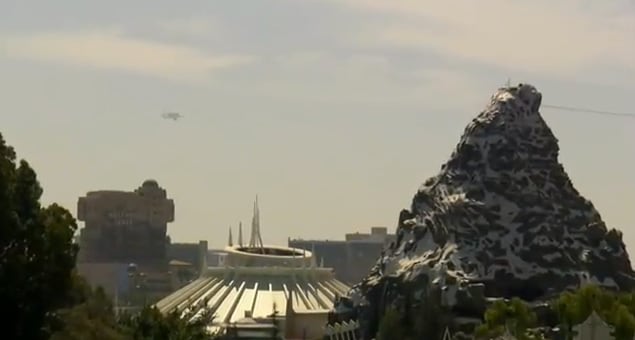 The Disneyland Resort is the perfect place to spot a fairy flying in the sky, but today “fairy flight” took on new meaning. The space shuttle Endeavour, atop a 747 Shuttle Carrier Aircraft (SCA), flew over the Disneyland Resort, treating park guests and cast members to a glimpse of the shuttle’s “ferry flight,” as it travels to its permanent home at the California Science Center in Los Angeles. The Endeavour’s final mission began at Kennedy Space Center in Port Canaveral, Fla., on Wednesday, where shortly after takeoff it buzzed by the Walt Disney World Resort in Orlando.

Today’s fly over was an amazing moment of history and bittersweet as the space shuttle program comes to an end. Thank you, NASA – today you were the ones who made dreams come true here at the Happiest Place on Earth.

You can also see Endeavour flying over Walt Disney World and the Disney Studios.