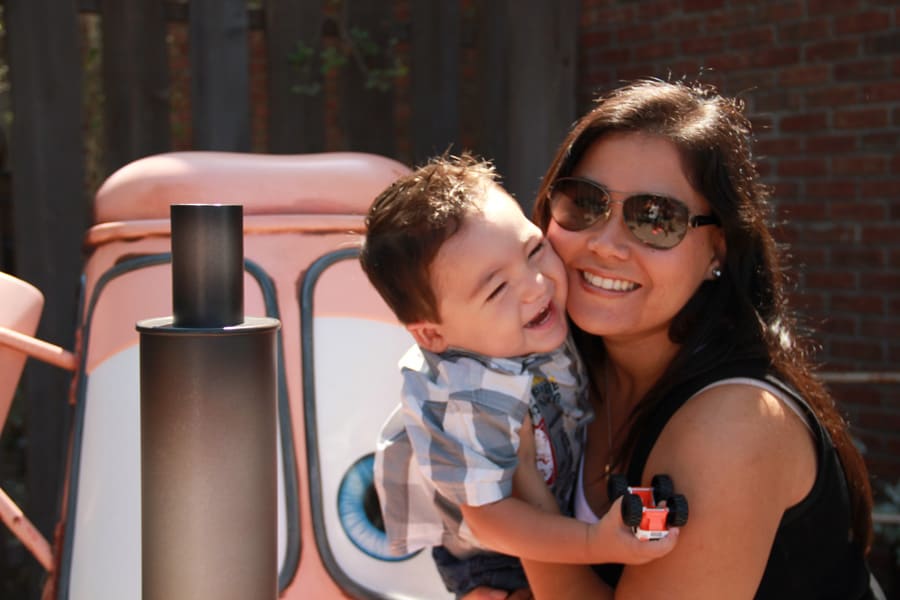 It’s hard to believe that less than a year ago, Disney Parks Moms Panelist Amanda Ficili and I were at Disneyland Resort filming a commercial in the not-yet-opened Cars Land. As we walked down the vacant Route 66 that morning, we were beyond giddy with excitement. In just a few days, the grand opening was planned and we were running on all pistons. Not far from that spot, Courtney Bautista was also giddy in anticipation for the park that would thrill her then 2-year-old moto-tot Mason. 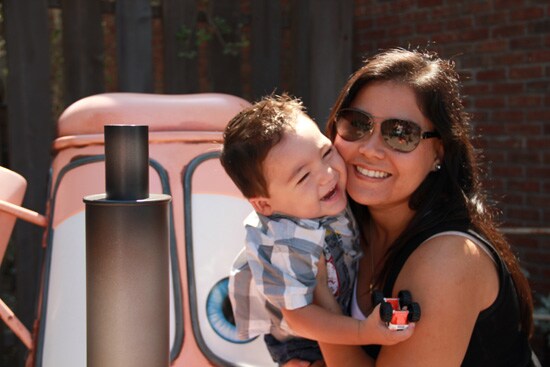 What a difference a year makes! Courtney’s dreams came true and she became our third Disney Parks Moms Panelist representing the Disneyland Resort. Now that Mason is turning three this summer, Courtney and her family have made it a must to visit Cars Land whenever they can. 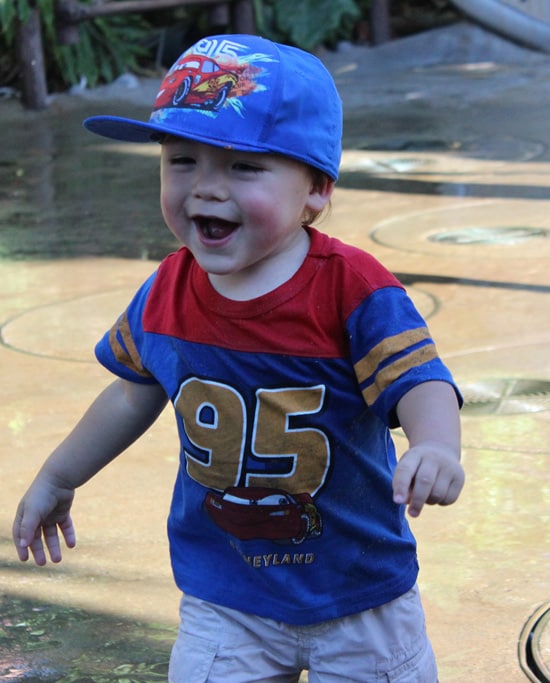 “From the moment we entered Cars Land, it was like stepping into the town of Radiator Springs. The look on Mason’s star-struck face when he spotted his favorite characters, Lightning McQueen and Tow Mater, was one I’ll never forget.”

Cars Land has become one of Courtney and Mason’s favorite places to visit at the Disneyland Resort, but for Courtney, it’s the snack fare that gets her motor revving.

“Every time we are there, the Disney foodie in me has to grab one of the tasty ‘cone-coctions‘ from the Cozy Cone Motel. My favorite? The dill pickle flavored popcorn.”

Courtney says the evenings are a great time to visit. “Cars Land is especially stunning at night. The countless colorful neon lights and the Cadillac Mountain Range in Ornament Valley truly look like the skyline of a bygone era. If you look carefully, you’ll notice that the six peaks of the mountain range represent Cadillac tail fins from 1957-1962!”

What is your favorite blast from the past at Cars Land?