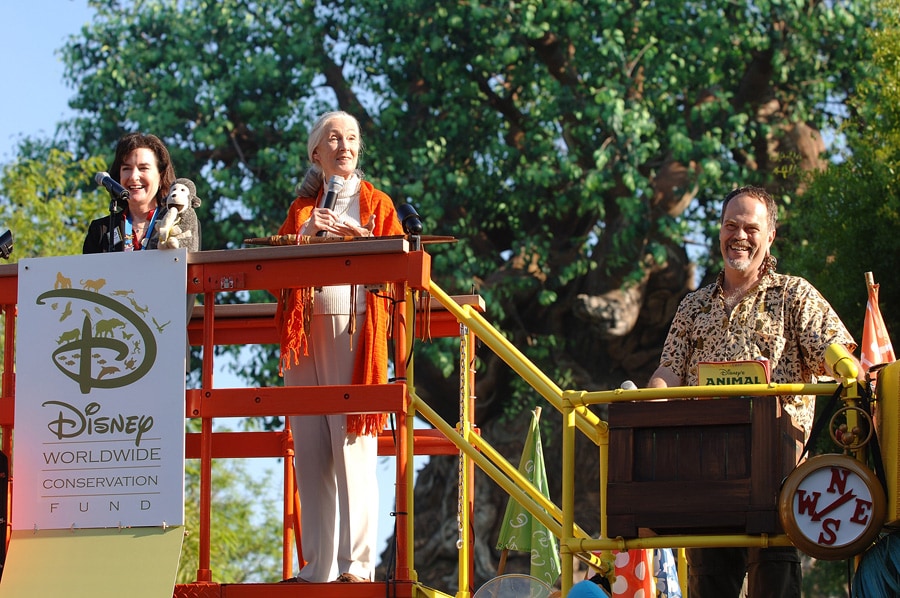 We’ve always believed that it’s absolutely perfect that Earth Day, the Disney Worldwide Conservation Fund, and Disney’s Animal Kingdom share the same anniversary day, April 22, even though the years are different. All three have a lot in common, with a shared mission to inspire people to make the world a better place for all its inhabitants. 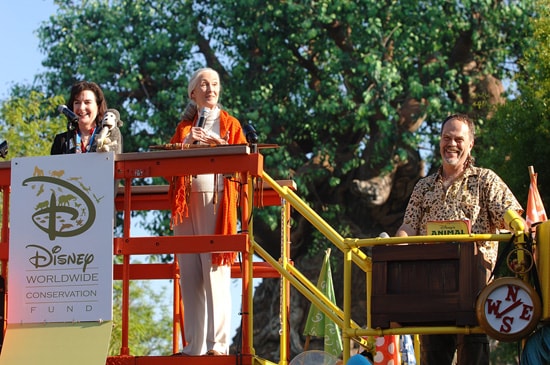 The Disney Worldwide Conservation Fund (DWCF) was established in 1995 on Earth Day, and since then, it has awarded more than $20 million to programs in 112 countries. In 1998, Disney’s Animal Kingdom, celebrating its 15th anniversary this year, opened. It’s hard to believe that it was five years ago on Earth Day, as part of the 10th anniversary celebration of Disney’s Animal Kingdom, that we introduced a new name and look for what was originally known as the Disney Wildlife Conservation Fund. The addition of “Worldwide” more accurately conveys the fund’s mission to support wildlife, including both ecosystems and community conservation, around the globe. The new DWCF look was unveiled in front of the Tree of Life by Erin Wallace, executive vice president, Segment Operations Integration, WDPR, accompanied by world-renowned primatologist Dr. Jane Goodall, and Joe Rohde, senior vice president, WDI Creative.

As we celebrate Earth Day this year, we’re proud to share a new DWCF video in a series we’re calling “stories from the field.” Through representatives of the organizations, you’ll hear about endangered chimpanzees in Africa and cranes in Africa and China that we are helping conserve.

Those of you who have supported the DWCF know that it plays a vital role in our efforts to protect the planet for future generations and help kids develop lifelong conservation values – and that’s truly something to celebrate this Earth Day. To learn more, visit www.Disney.com/conservation.

Did you know? The Disney Worldwide Conservation Fund and The Walt Disney Company Foundation have contributed more than: