This week, Walt Disney Parks and Resorts Chairman Tom Staggs announced the date many of you have been waiting for – Seven Dwarfs Mine Train at Magic Kingdom Park officially opens on May 28. 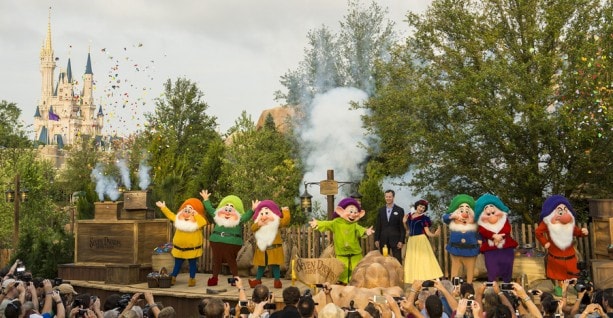 Tom made the announcement during a special dedication ceremony in New Fantasyland where he was joined by Disney Princess Snow White and the Seven Dwarfs to celebrate the addition of the final component to New Fantasyland.

And if you just can’t wait to take a trip aboard Seven Dwarfs Mine Train, then check out this week’s full ride-through video of the attraction.

You can learn more about the Seven Dwarfs Mine Train and see more images from the ceremony in our original blog story.

Little Ones Enjoy Makeovers at Aulani, a Disney Resort & Spa – Spa Director Lucia Rodriguez gives a tour of the luxurious Laniwai Spa and what’s offered for the little ones in your family.