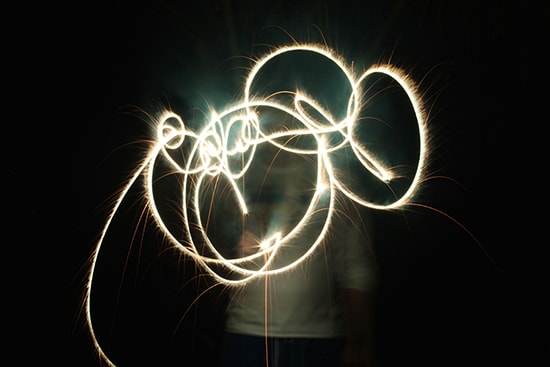 This week, we introduced the newest member of the gorilla family troop at Disney’s Animal Kingdom and shared the first images of the little one with Disney Parks Blog readers.

The new baby, which is yet to be named, is the fourth gorilla born at Disney’s Animal Kingdom as part of the Association of Zoos and Aquariums (AZA) Species Survival Plan, which manages genetic diversity among species through detailed records of individual animals.

Check our original story for more details about our newest baby gorilla.

And Gary shared a new group of fun Disney Park “light painting” images that included the galaxy’s most famous villain, Darth Vader. Just like our July post, the designs were made in midair (without a guide or template) and the art was captured using long camera exposures that captured every move of the penlights. There were no chances to “erase” a mistake.

Keep an eye on the Disney Parks Blog for more “light painting” later this year.

(*Note: cast members were in a very controlled environment with proper personnel on-site. If you attempt an artful creation like this, please insure proper safety measures are taken.)

D23 Expo 2015 — Tickets Now Available! – Read more about the Ultimate Disney Fan Event and find out where you can buy your tickets.

Share Your Favorite Disneyland Resort Memories from the 1990s – Show us your 1990s memories on Twitter or Instagram with the hashtag #Disneyland60Contest for a chance to win a trip to the start of the Disneyland Resort Diamond Celebration in spring 2015!